YOU’VE SEEN THE SESSIONS; NOW WE ARE BRINGING YOU THE FESTIVAL. ANNOUNCING THE FIRST-EVER SIZE?SESSIONS FESTIVAL, LANDING THIS YEAR ON SATURDAY 20TH AUGUST BETWEEN 2PM-11PM. 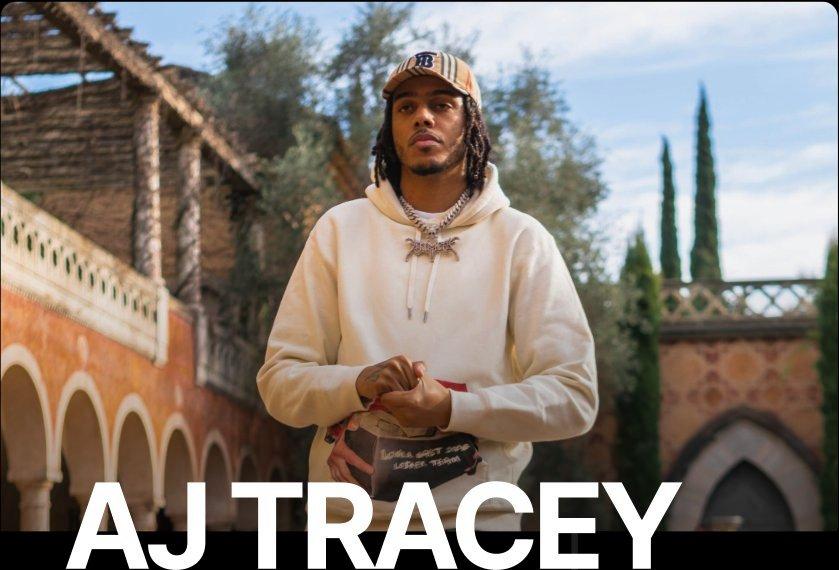 AJ Tracey is on an unstoppable, independently-built trajectory. April 2021 marked the release of his highly anticipated second album "Flu Game". A chart-scaling, stellar offering from the West London rapper at the forefront of pushing creative boundaries, the album draws influence from the story of Michael Jordan in one of his most memorable... championship games - where he overcame a nasty bout of food poisoning and took his team to the championship. In typical AJ style, "Flu Game" highlights AJ's incredible breadth of vision in taking on drill, garage, afrobeats, and more in one masterful swoop, proving that the versatility showcased across ubiquitous hits "Ladbroke Grove", "Thiago Silva" and "Rain" is now a honed superpower here to stay.
Parallel to MJ's come-up, AJ has made massive wins in the face of adversities, and his last year was no different. In what is now his biggest year to date, AJ had the most top 5 singles of any British artist in 2020, picked up multiple BRIT nominations, an Ivor Novello Songwriter of the Year nod, and spent the summer of 2021 co-headlining some of the most renowned festivals in the country, from Reading to Wireless. Read more 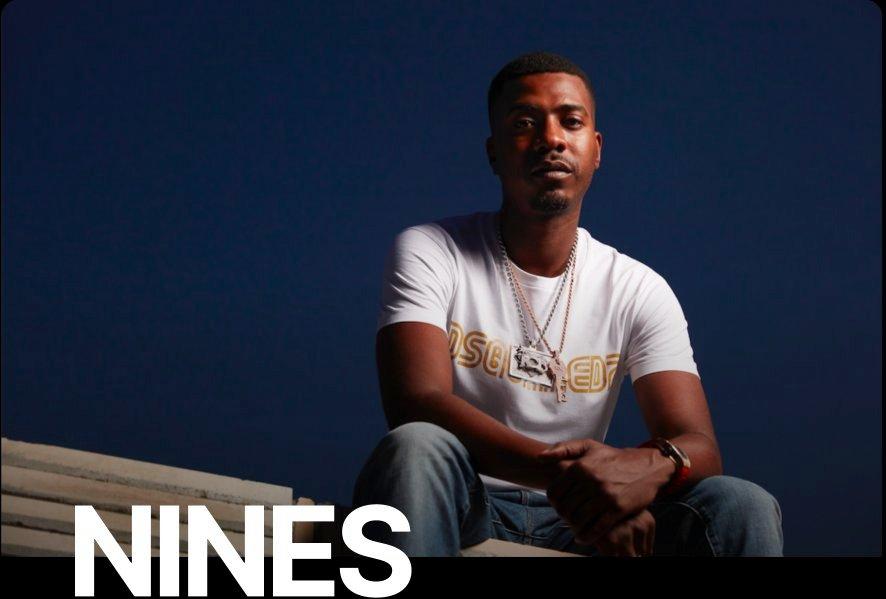 Chances are that if you're from Harlesden in North West London - more specifically an area called Church Road - you'll be familiar with the name, Nines. Born and bred in the Church Road estate to Jamaican parents, everything about Nines - one of the UK's most fabled and important rappers of recent years - feels intrinsically linked to the streets... he's grown up in; every verse on every on track on every mixtape, CD, album he's ever released is a product of his environment.
His first break was with his 2017 debut album, 'One Foot Out', which peaked at 4 on the UK Album Charts on its release, but Nines' impact could be felt across London and beyond many years before. He'd started to rap at school and with friends on the estate too; "I was barring from about 7 or 8 years old at school when I think about it", he recalls, "and I've been doing it ever since." Read more 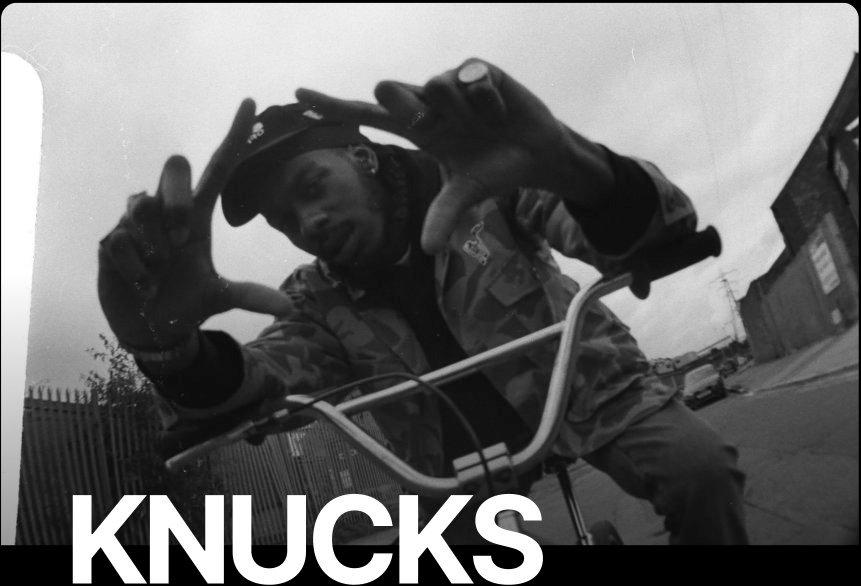 Hailing from South Kilburn [London, UK], Knucks continues to set the tone for his distinctive sound and music ability. Praised by the likes of Wretch 32, Stormzy Novelist, Kenny Beats to just name a few, the rising rapper is certainly on his way to cement his name in the world of innovative music. At the tender age of 12, he began to grow a strong interest in... music, his musical influences are rap legends from the likes of Curren$y, MF Doom, Sade and Nas.
This influence would then lead him on to creating his first body of work, Killmatic, an ode to critically acclaimed Illmatic by Nas. After releasing a plethora of EP's, Knucks has quickly become a name to look out for, selling out headline shows, performing at The Great Escape, supporting Not3's on tour and opening for Wretch 32 to just name a few. Read more 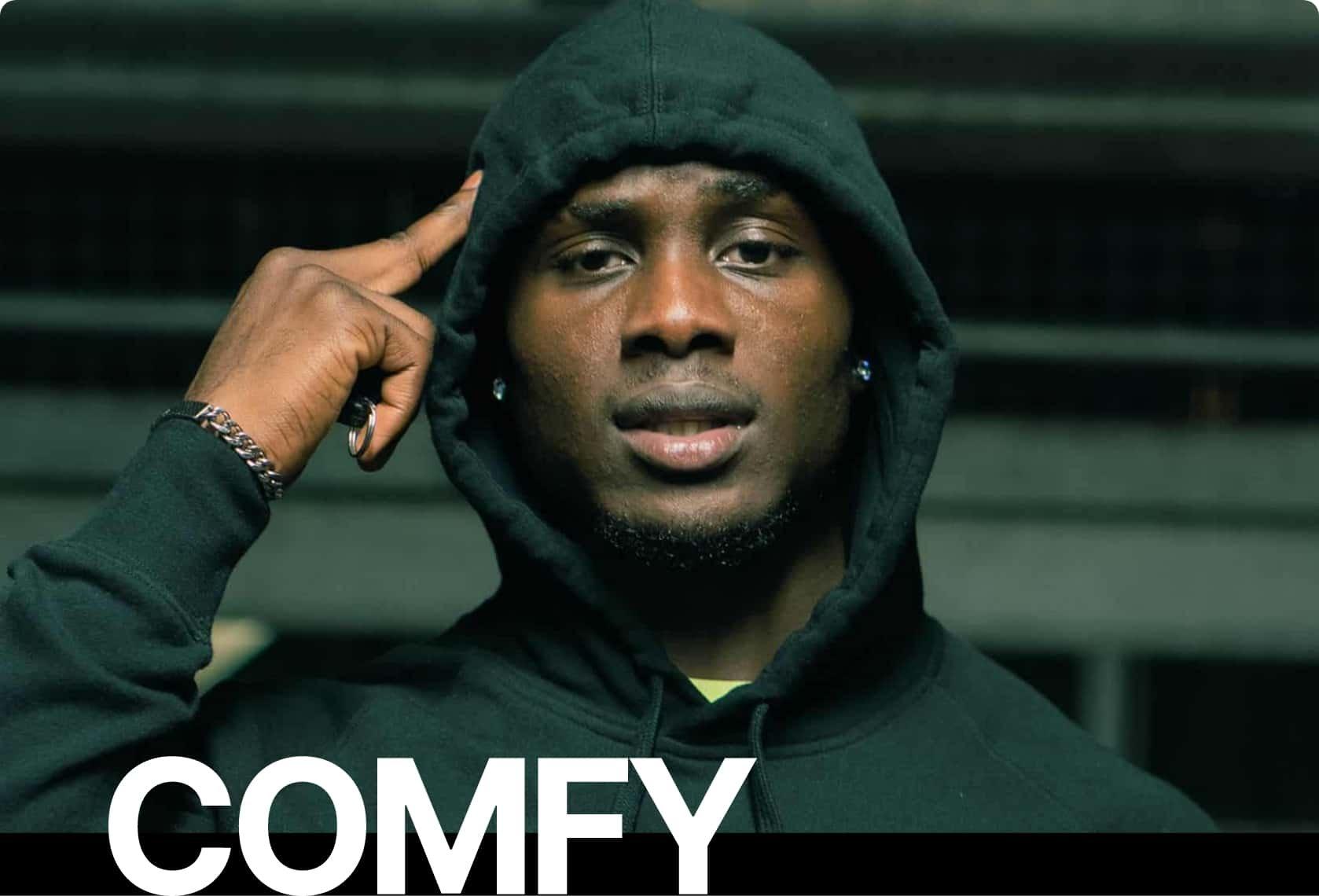 Hailing from Moston, Manchester, Comfy has risen through the ranks to represent the North West with a Lo-fi approach to drill music. At just 20-years-old, Comfy has already gone viral with hits ‘Hoods Hottest’ and ‘Moston Vale’, while the artist bagged the main support slot on Bugzy Malone’s UK arena tour.... not to mention supporting 50 cent at Wembley. Comfy has without a doubt burst onto the scene, and his set is bound to be one of the highlights of the size?sessions Festival 2022. Read more 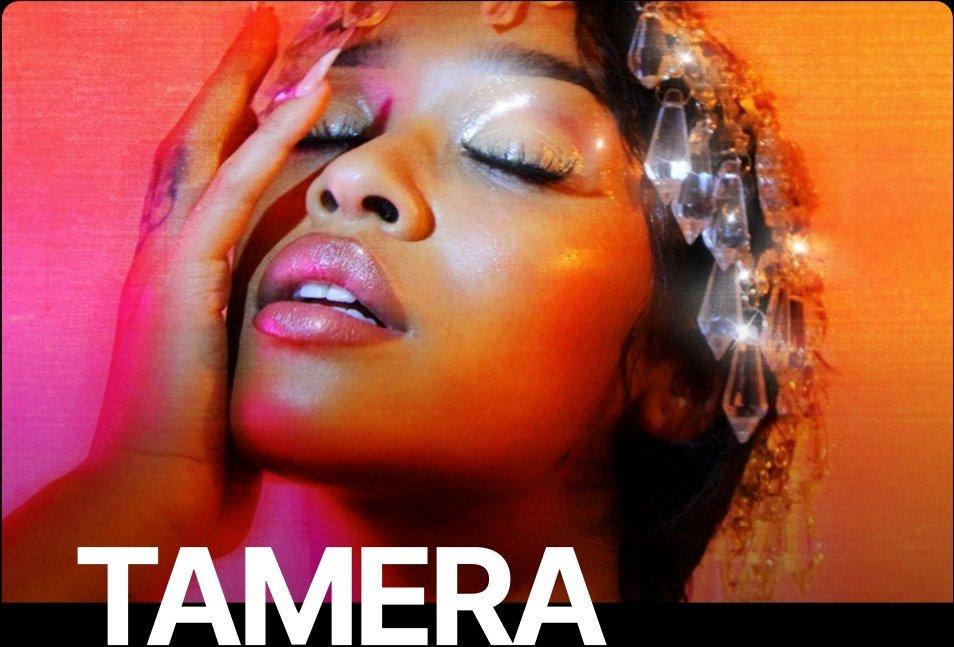 From the poems she used to write as a child before she learnt how to write songs, to the music you hear from her today, Tamera's greatest inspiration is her own lived experience and that of others. Harvesting and absorbing the stories and emotions of those around her, there's a deep empathy to her lyricism and a fluidity to her voice that... reveals this. With grandparents each originating from different countries (St Lucia, Nigeria, England and Greece), Tamera's touch points have always been a melting pot. On previous single Flipside, her breezy mantra 'catch me on the flipside' merged perfectly with the dreamscape r&b / pop production. The track gained her widespread attention from cultural institutions such as No Signal Radio, gal-dem, i-D, Annie Mac and BBC Radio 1Xtra and brought her name right to the forefront of conversations. Read more

Upgrade your size?sessions 2022 Festival experience with our luxury VIP option for £55. VIP tickets will include 1 x General Admission ticket, an exclusive chillout area from The North Face plus you’ll get access to the VIP mezzanine bar and the balcony overlooking the Main Stage for the best view in the venue. Also, you’ll receive 1 x free Havana cocktail upon arrival and your very own Crep Protect shoe cleaning station, helping you keep your footwear looking fresh throughout the festival.

GET YOUR TICKETS NOW

FAQs
WHAT IS THE DATE & LOCATION?

Victoria warehouse, Manchester. 20th August @ 2pm - 11pm.
View all FAQs
WHO IS ON THE LINE-UP?

The second wave of artists are now live! We are very excited to announce that AJ Tracey, Nines and Knucks will be headlining the festival, alongside the likes of Backroad Gee, Comfy, Juice Menace, Kennedy Taylor, Tamera and The KTNA. Additionally, Mixtape Madness and Jordan present M1llionz, Kwengface, Clavish, Kenny Allstar, JBee, Arz, Cristale and Tweeko & Friends.
More to be announced.
View all FAQs
WHERE CAN I BUY TICKETS?

The Official ticket agents are:

View all FAQs
HOW AND WHEN WILL I RECEIVE MY TICKETS?

E-tickets will be sent out via email.
For any ticket enquiries please contact the ticket agent directly.
View all FAQs
HOW DO I ACCESS THE FESTIVAL?

The closest railway station is Deansgate Railway Station, which is about 15 minutes away via Metrolink services. The nearest Metrolink station is Exchange Quay (Eccles and Media City line). Manchester Piccadilly is the major mainline station in Manchester, just under four miles away.
For a handy guide to travelling visit Transport for Greater Manchester. Plan a journey | Transport for Greater Manchester (tfgm.com)
View all FAQs
WHAT ARE THE OPENING TIMES?

Opening times 2pm - 11pm
No re-admittance is allowed after leaving the festival site.
There won't be any re-entry to the site, or entry past the last entry time
View all FAQs
WHAT IS THE AGE RESTRICTION?

All attendees have to be 18 or over and must have a valid ID to attend. Accepted forms of ID include: drivers licence, passport or International ID Card. The Venue reserves the right to refuse admission.
View all FAQs
WILL THERE BE FOOD AT THE VENUE?

Yes you can get food at the festival. Triple B and Eat New York will be serving food in a section outdoors only.
View all FAQs
WHAT ITEMS ARE PROHIBITED?

Searches will be carried out on the way into the festival as a condition of entry. This is for us to ensure that no one is carrying anything dangerous into the venue, and to keep you safe.
THE FOLLOWING ITEMS ARE NOT PERMITTED:
View all FAQs

Be the first to know

Find Your Nearest Store
Deliver To

When you visit any website, it may store or retrieve information on your browser, mostly in the form of cookies. This information might be about you, your preferences or your device and is mostly used to make the site work as you expect it to. The information does not usually directly identify you, but it can give you a more personalized web experience. We use Strictly Necessary cookies to make our website work. We would like to set optional cookies to give you a better user experience and to assist us in understanding how visitors use our site. Because we respect your right to privacy, optional cookies are not set unless you enable them. Click on the different category headings to find out more and change our default settings. Blocking some types of cookies may impact your experience of the site and the services we are able to offer. You can always change your preference by visiting 'Cookie Settings' at the bottom of the page.